The Reebok Nano X1 is the eleventh Nano cross-trainer to hit the mass market. Yes, I repeat the 11th model, the first Reebok Nano was released in 2011 — so, happy 10-year anniversary to the Reebok Nano shoe line.

Unlike previous Reebok Nanos in the last decade, the X1 has been marketed as the “Shoe of Fitness” which has given this model a slightly different fit and feel compared to its 10 Nano predecessors which focused more so supporting CrossFit-focused lifters. They’ve also rolled out innovative Reebok Nano X1 iterations like the Reebok Nano X1 Adventure.

In this Reebok Nano X1 review, I’m going to cover a variety of topics to help you decide if you should go with this new model or opt for an older Nano.

For a visual breakdown of the Reebok Nano X1, check out my video review below. Also, make sure you check out the TF2 cross-training shoe calculator to find your perfect pair of training shoes.

Who Should Invest In the Reebok Nano X1?

If you’re a lifter that wants versatility and decent stability with your training shoe, then I think the Reebok Nano X1 is worth it for you. This model features Reebok’s Floatride Energy Foam midsole which accommodates moderately loaded lifting, versatile training, and shorter runs fairly well.

Thus far, I’ve trained up to 525 lbs in this model and have only noticed a little compression. Is it my favorite cross-training shoe for maxing out and training heavy? Not necessarily, but I do think it will work just fine for most folks who want to train moderately heavy in this shoe.

On that note, I think the Reebok Nano X1 can be a solid model for an “all-in-one” style of shoe for those wanting a shoe for more general training. That being said, if you’re looking for shoes for cross-training or CrossFit workouts, I’d explore other models.

Despite the Reebok Nano X1 being very different than previous Reebok Nanos I still found plenty of things to like about it.

The first aspect to like about the Reebok Nano X1 is the overall versatility of this model when it comes to recreational training and day-to-day wear. It has a softer responsive midsole which gives it an all-around solid feeling for day-to-day wear and recreational workouts. 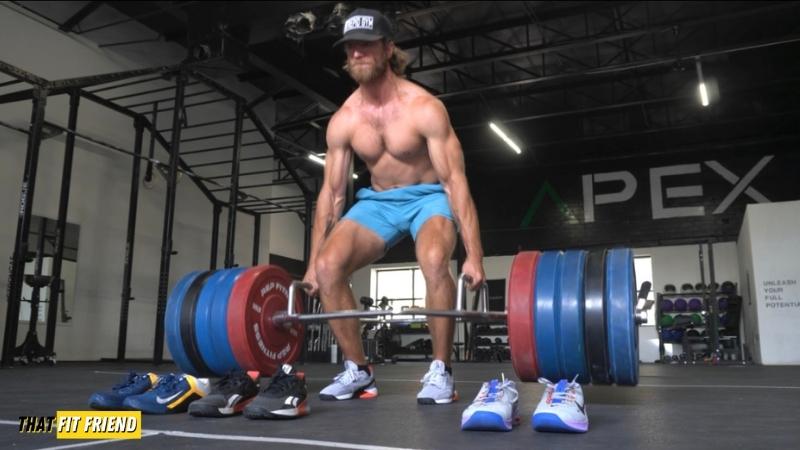 I found this model to perform well for more athletic-focused training and it’s a good model for plyometrics, HIIT sessions, and classes. For the casual CrossFit athlete, I think this model will do a fairly good job of accommodating your style of training.

Additionally, I like the midsole and outsole in this model and how they blend together. The Floatride Energy Foam midsole is lightweight and the full rubber lug-pattern outsole provides adequate traction while also remaining lightweight. 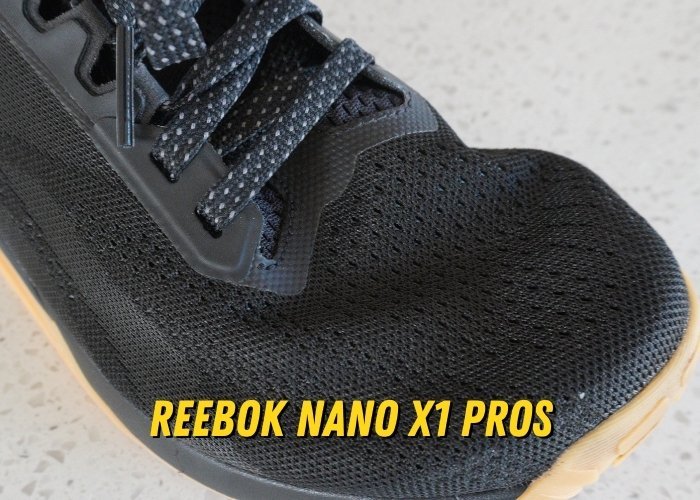 The last characteristic to like about the Reebok Nano X1 is the responsiveness of the midsole and the reworked construction that Reebok put into this model. For example, if you tried to run in your Reebok Nano 8, 9, or X, then you likely quickly realized how uncomfortable they are for tackling this style of training.

The Reebok Nano X1’s reworked midsole and outsole give you what previous Reebok Nano models did not, and that’s the ability to tackle more without your shoes feeling uncomfortable or heavy.

The Reebok Nano X1 has a couple of cons that are worth acknowledging especially for anyone heading into this model thinking it will be just like previous Nanos.

In fact, if you plan to invest in this model, then I’d suggest wearing longer socks for the first few sessions to break them in. 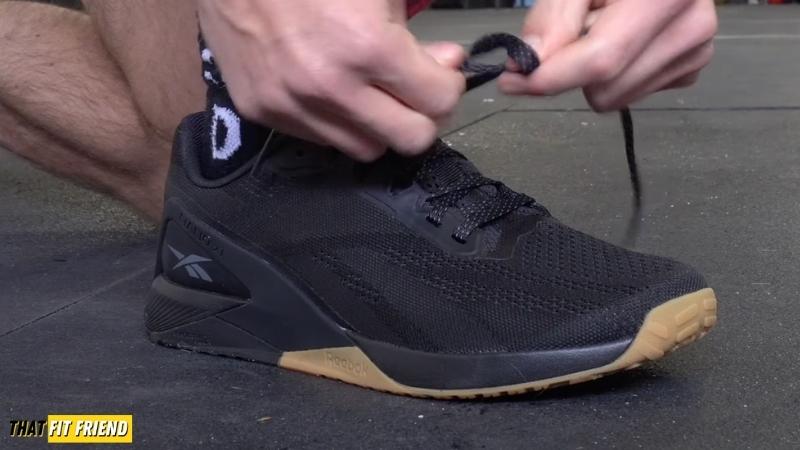 This will help you mitigate potential friction on your ankles and it will also help you gauge how much the boot will interact with your ankle. Note, that this isn’t something that impacts everyone. However, it’s definitely something worth noting if you know you’re prone to blisters in some types of shoes.

When the Reebok Nano X1 was released it received a bit of pushback because it didn’t have some of the more niche CrossFit-focused construction characteristics that prior Reebok Nano models had.

For example, this model lacks additional adequate mid-foot support for rope climbs (emphasis on the adequate), and the upper isn’t the most durable for abrasion resistance. 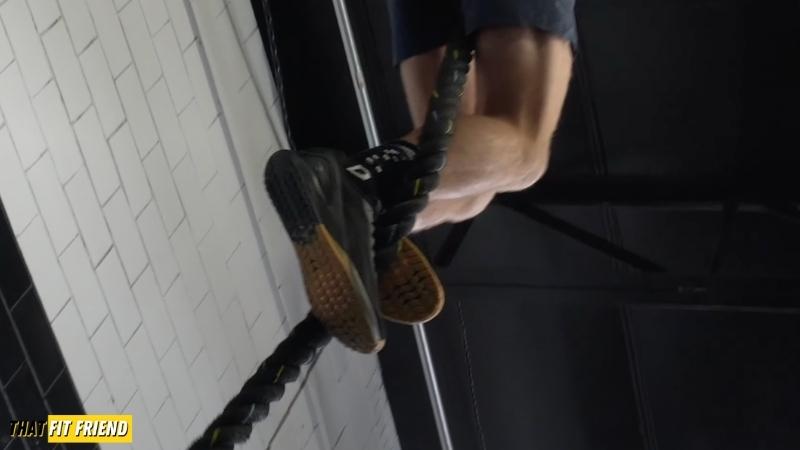 If you’re thinking about this model for purely CrossFit-focused training, then you may be better served looking into older Reebok Nano models. This shoe can tackle CrossFit workouts, but it does fall short for certain niche activities.

Keeping in mind that the Reebok Nano X1 is a very different training shoe compared to the previous Nanos, its performance reflected the new changes. 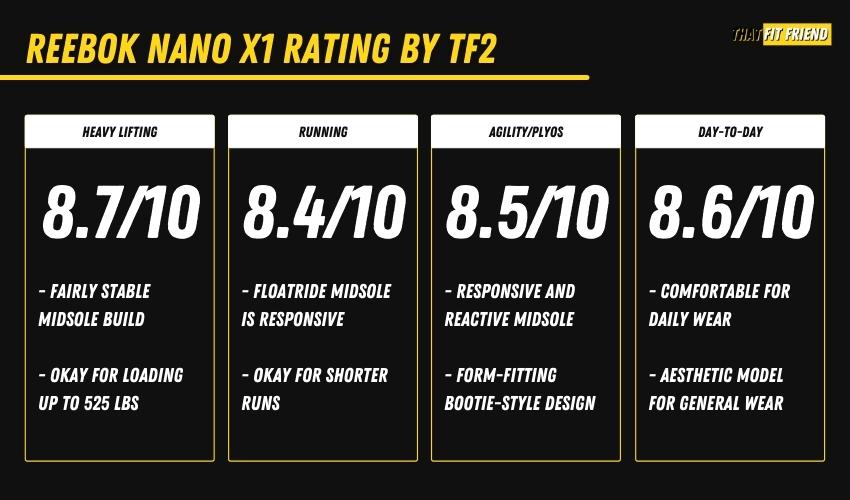 Reebok Nano X1 When Lifting and for CrossFit

This shoe is okay for lifting, and it works for a variety of activities. Since owning this model, I’ve trained up to 525 lbs in them, and their stability was okay. Were they as stable as something like the Reebok Nano X?

No, however, I think for many athletes that are training with a barbell between 135-455 lbs, then they should be plenty fine in this model.n I think if you’re looking for a shoe for more recreational lifting, then this cross-trainer will work just fine for you.

I would just throw caution to the wind for anyone expecting it to be just like previous Nanos like the X, 9, and 8. This model feels fairly different with its reworked midsole and higher 7mm heel-to-toe drop.

For CrossFit, I’d pass on this model. The Reebok Nano X1 can run into durability issues when rope climbing, which is a pretty big issue. This model’s sole construction can start to peel and rip if you’re doing a lot of J-wrap rope climbing.

I’m a fan of the Reebok Nano X1 for plyometrics, HIIT, and agility. I mentioned earlier that this model features Reebok’s Floatride Energy Foam, this new midsole construction gives this model a very responsive feeling, so if you’re an avid HIIT trainee, then you’ll likely enjoy how this model performs for that activity.

Compared to previous Reebok Nanos, I actually think the Nano X1 has the edge when it comes to being a more versatile cross-training shoe. This is a shoe that I can easily use for tackling my athletic-focused training, but also a model that someone like my mom could comfortably rock and get a lot out of. 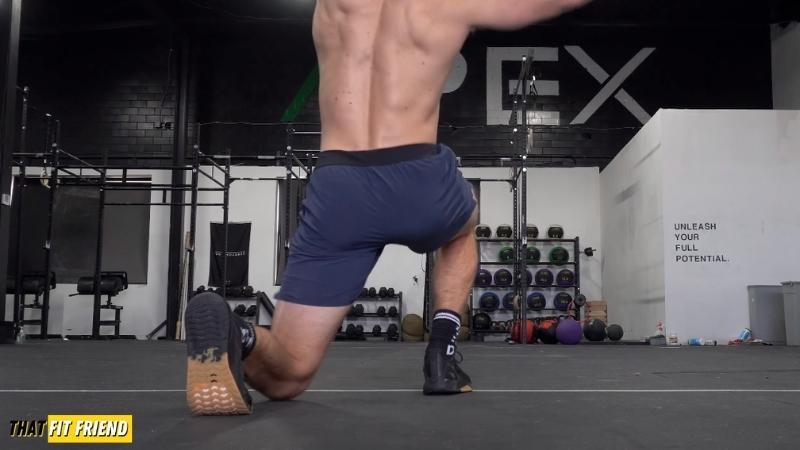 Personally, I like this aspect of the shoe Reebok Nano X1 and I know it deviates from the hardcore CrossFit mentality of previous Nanos, but it is interesting seeing the different demographics that Reebok is reaching with this model compared to the previous Reebok Nanos.

On a day-to-day basis, I liked the Reebok Nano X1’s reworked construction as it’s much more accommodating for a longer period of wear — sans the break-in period. As in, once these shoes are broken in, they’re solid for rocking on a daily basis.

In regard to shorter runs that range from 1-3 miles, the Nano X1 does a fairly good job. The Floatride Energy Foam does a great job at providing a decently comfortable ride when putting in the mileage. The lug pattern also does a good job of providing a nice level of tread for traction.

The Reebok Nano X1s fit fairly true-to-size and I think for most individuals they’ll be safe opting for the size they usually wear. If you’ve worn Nanos before, then stick with the same size that you normally get. 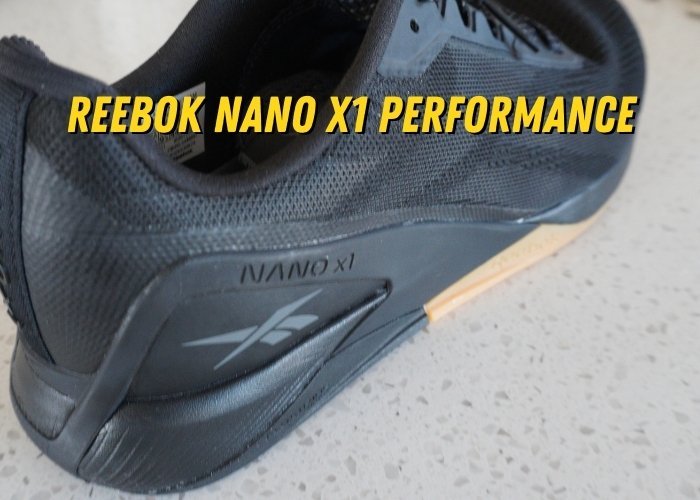 The price of the Reebok Nano X1 comes out to $130 USD which is standard for most new cross-training shoes. Is it worth it for this model?

I think if you’re someone who wants a decent “all-in-one” cross-training shoe, then it certainly could be worth it. It’s not as hardcore CrossFit as previous models, so I think the recreational lifter will get more out of this model.

Below, I’m going to list out some of the Reebok Nano X1’s biggest construction callouts. If you’re interested in a more in-depth analysis of this model’s construction, then check out the video above and start playing around 6:13.

This will provide you with a better visual analysis of the Reebok Nano X1’s construction with visual explainers. 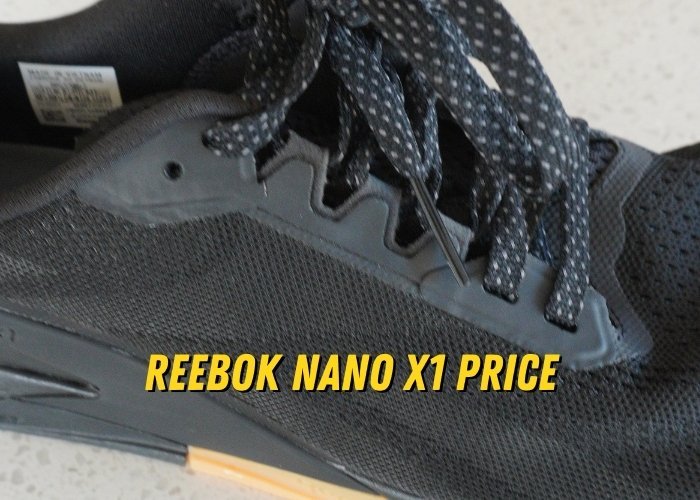 Overall, those are the biggest and most prevalent construction callouts that relate to performance for the Reebok Nano X1.

Additionally, the Reebok Nano X1 features Reebok’s Floatride Energy Foam throughout its midsole while the Reebok Nano X’s midsole is composed of high-density foam. The Nano X1’s outsole also has a full lug pattern, while the Nano X has its signature split outsole construction.

Basically, they’re pretty much completely different and reworked models. If you want to read more on this topic, I’ve written a full Reebok Nano X and Nano X1 comparison article and the video below will also help out!

Q:
Are the Reebok Nano X1s good for running?

A:
The Reebok Nano X1 training shoe is decent for running, and it will work for short-medium length runs. Unlike previous Reebok Nano cross-trainers, this model has a midsole that's slightly more responsive and forgiving for longer duration runs.

Q:
Are the Reebok Nano X1s good for HIIT?

A:
They can be! This training shoe is marketed as the shoe for fitness, so it lives up to its name fairly well when accommodating a variety of activities, especially HIIT. The lightweight construction and Floatride Energy Foam make this a good shoe for HIIT workouts.

Q:
What is the Reebok Nano X1 good for?

A:
The Reebok Nano X1s are great for HIIT workouts, recreational lifting, shorter runs, and plyometric workouts. They're a great shoe for tackling a variety of tasks, and if you want versatility, then the Nano X1s are worth exploring.

Q:
Are the Reebok Nano X1 good for CrossFit?

The Reebok Nano X1 is a solid “all-in-one” style training shoe. It’s a lot different than the Reebok Nano X, but I don’t think that’s necessarily a bad thing.

I’ve trained heavily in these and have tackled runs, and I think that’s a pretty cool performance trait that these shoes offer compared to prior Reebok Nanos, which fell short with this type of range with training.

If you have any questions about the Reebok Nano X1, drop a comment below or reach out to me personally via Instagram (@jake_boly).

That Fit Friend is a site that is supported by myself (Jake Boly) and its readers. If you purchase products through affiliates links on this site, then I may receive a small commission on the sale. These commissions help keep the lights on here at That Fit Friend so I can continue to create content and they help me purchase new models to review!