Home » History of the Reebok Nano | The Insane 10 Year Evolution

History of the Reebok Nano | The Insane 10 Year Evolution

The Reebok Nano has been a staple for cross-training (and CrossFit) since 2011, and for many, the Reebok Nanos are often thought of as the “shoe of CrossFit”. Ever since the original debut of the Reebok CrossFit Nano in 2011, we’ve seen this shoe line constantly get updated to accommodate for athlete feedback and the increasing demands of training.

In celebration of the Reebok Nano being on the market for well over a decade now, I thought it was appropriate to dive into this shoe’s history. The original Reebok Nano and the latest Reebok Nano X1 look like completely different shoes, so how did we get here? 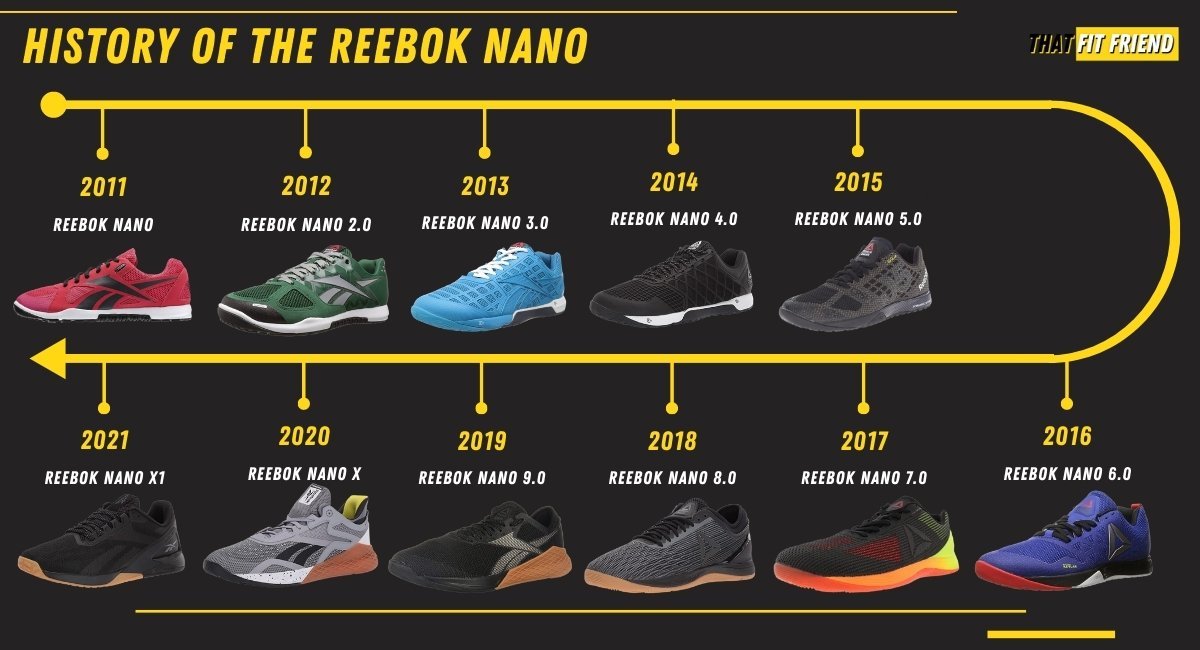 It All Started With a Partnership

The first formal CrossFit Games were held in 2007 at Dave Castro’s family’s ranch in Aromas, California. It was at this time that CrossFit was just starting to gain more steam as a very real outlet for multiple types of athletes to highlight just how fit they really were and to compete against their peers in a formal setting.

Fast forward three years to 2010 and Reebok became the official sponsor of the CrossFit Games, which was now titled the Reebok CrossFit Games. At the time, this sponsorship was undeniably huge for the sport and it helped to bring in more commercial recognition to CrossFit in general.

To highlight how big of a deal this was for the sport and its gear, in a 2011 article on Forbes.com, Dave Castro stated, “We have seen large gains in commercial success with bringing on Reebok as a partner to the CrossFit Games”.

In early 2011 and prior to the 2011 Reebok CrossFit Games, we got to see the first Nano ever which debuted as the Reebok CrossFit Nano. This cross-training shoe featured a slightly wider toe box compared to other training shoes on the market and Reebok’s U-Form technology.

Both of these features were utilized to account for the versatile demands that CrossFit places on athletes and would kickstart years of innovation for the Reebok Nano line.

Innovation Every Year After

Every year following the initial Reebok CrossFit Nanos, Reebok produced a new model which all continually evolved with the sport.

In 2012, Reebok released the Reebok CrossFit Nano 2.0s, which are still to this date, one of the all-time favorites from the CrossFit crowd. In fact, Reebok re-released this model in the last few years due to popular demand. This model featured an even wider toe box compared to the original Nanos. 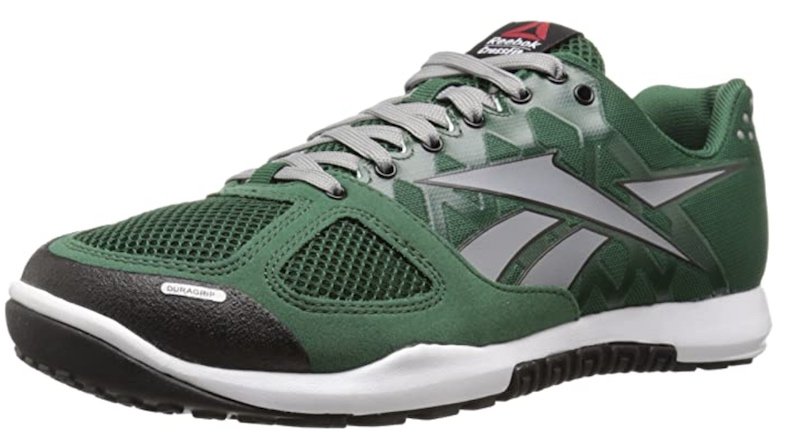 In addition, this model featured and utilized Reebok’s Duragrip to promote durability and stability, and had an EVA midsole to promote overall stability when training heavy. 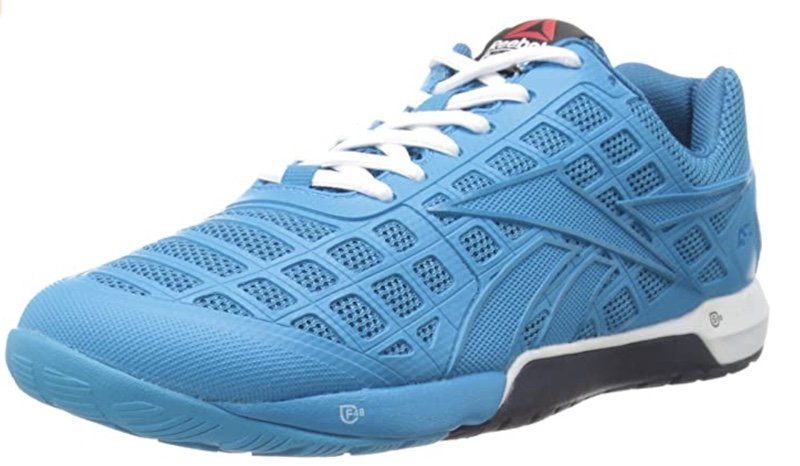 The Reebok CrossFit Nano 3.0 was the first model to utilize Reebok’s DuraCage construction, which was originally utilized to increase this shoe’s durability while keeping it lightweight. Additionally, this model still boasted a wide toe box, had RopePro tech, and a dual-density midsole for overall stability.

The Reebok Crossfit Nano 4.0 was a model that could best be defined as hit or miss. It’s not really a model that many still talk about today and of all the iterations it’s never really made a strong comeback. This model was released during the 2014 Reebok CrossFit Games. 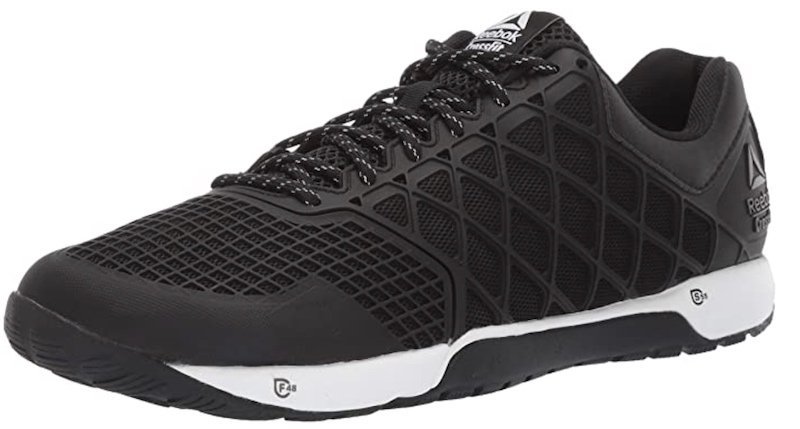 The Reebok CrossFit Nano 4.0 utilized a slightly firmer outsole to match stability demands needed for heavy lifting. On top of that, this model still utilized Reebok’s DuraCage upper construction technology and has an added toe-wrap material to promote durability during exercises like burpees. 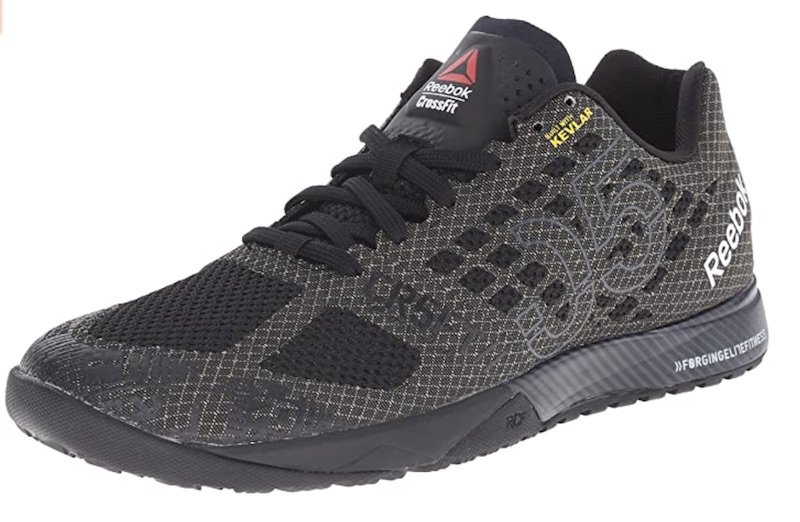 The Reebok CrossFit Nano 5.0 was the first model to feature DuPont’s Kevlar material throughout the entire upper. This was used to promote overall durability and breathability. In addition to Kevlar, the Nano 5.0 also utilized a slightly reworked last to fit the foot better anatomically, Reebok’s RopePro tech, and a firm midsole and outsole.

The Reebok CrossFit Nano 6.0 is another model that athletes tend to enjoy and gravitate to. It was a model that featured DuPont’s Kevlar material, but with the addition of some key construction changes. Whenever there’s a major shift in a training shoe, it usually takes a company a couple of tries to nail, in my opinion. 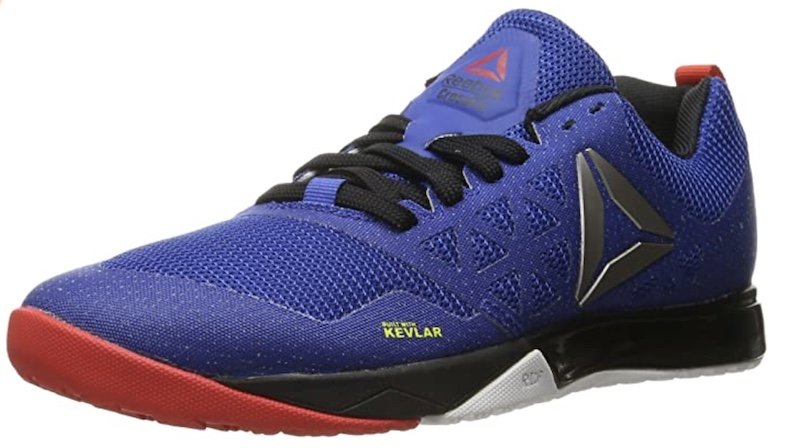 Similar to the Reebok CrossFit Nano 5.0, the 6.0 also featured DuPont’s Kevlar throughout its upper. In addition, Reebok brought down the boot in this model and utilized a tri-blend foam for the midsole. On top of that, the Nano 6.0 also had Reebok’s RopePro tech and a lugged outsole pattern. 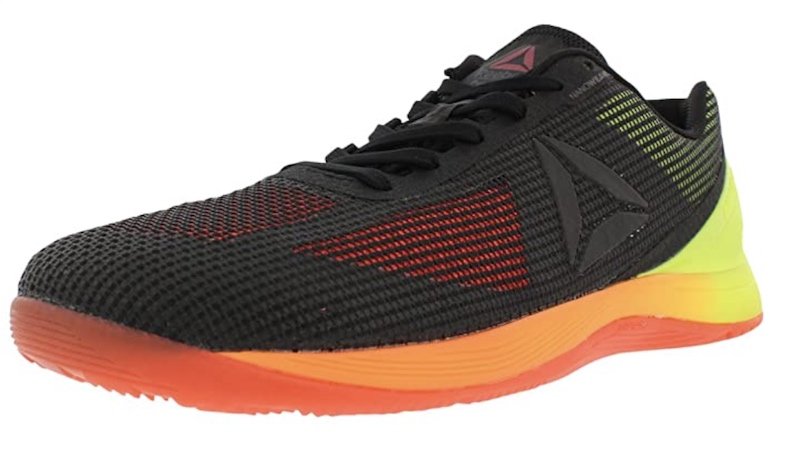 The Reebok CrossFit Nano 7.0 features a weave upper construction and plastic heel clip on the boot to promote a locked-down feeling. In addition, the outsole features Reebok’s meta-split for forefoot maneuverability and stability along with an EVA midsole for additional support.

After a slightly less than impressive Nano 7.0, Reebok released in the Reebok CrossFit Nano 8.0 Flexweave in 2018. This model was considerably different from the 7.0 and featured a two-layer upper construction with a Flexweave outer portion and a mesh inner. 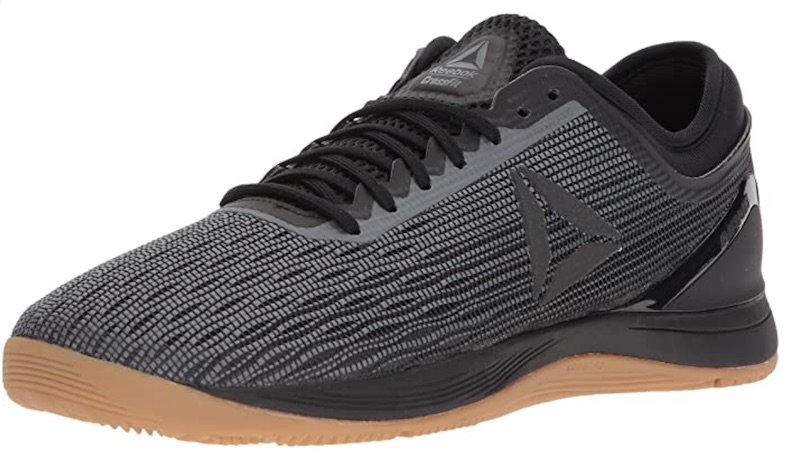 In 2019, Reebok continued to utilize and innovate the Nano model with their Flexweave tech. The Reebok CrossFit Nano 9.0 featured a few key changes compared to the Nano 8.0 and is a model that many lifters and athletes still enjoy to train in. 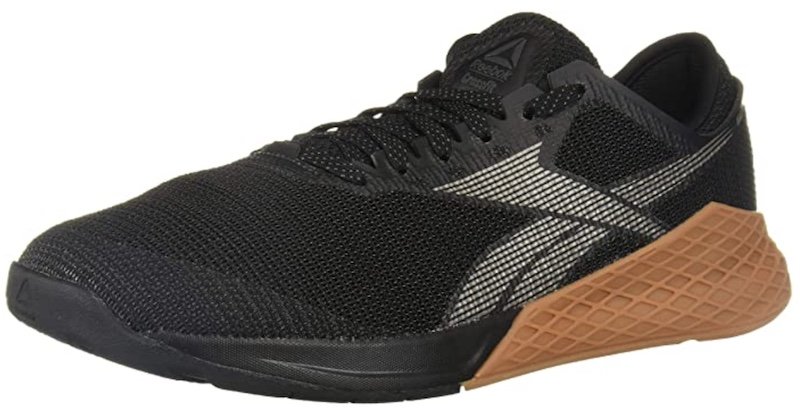 Compared to the Nano 8.0, the Nano 9.0’s Flexweave has a bit more stretch to it. Additionally, this model features a reworked plastic outer material that wraps the mid-foot and heel. Another major change with this model is the split outsole construction.

In early 2020, the tenth Reebok Nano model graced the market. The Reebok Nano X featured some key details that the Nano 9 offered, but with additional changes based on athlete feedback from the 9. For many, this model is one of the top picks for training hard. 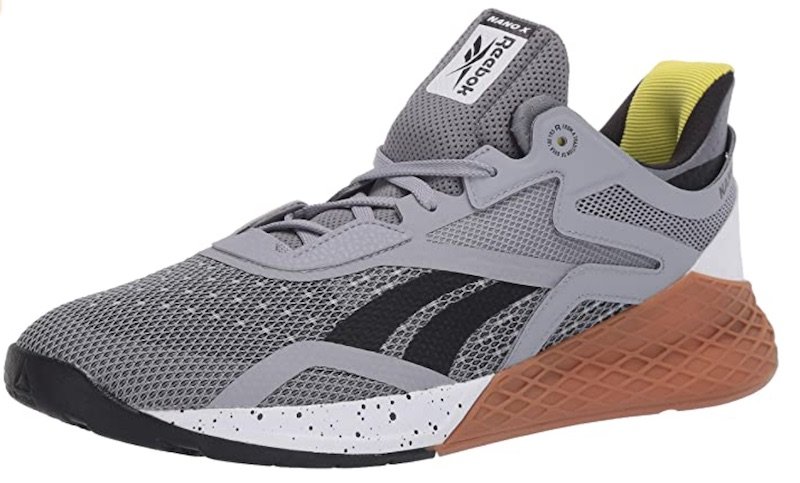 The Reebok Nano X features a host of similarities compared to the Reebok Nano 9. For example, the midsole, plastic heel wrap, and split outsole are all very similar. The main change between the 9 and the X is the upper construction. The Nano X’s upper is much more durable and is void of the material overlap experienced in the 9.

In June 2020, Reebok and CrossFit cue ties with one another formally before their contract ran out. In 2021, Reebok released the Nano X1 which is designed to accommodate for multiple fitness needs and not just CrossFit. In fact, the Nano X1 is often referred to as “The shoe of fitness” by Reebok themselves. 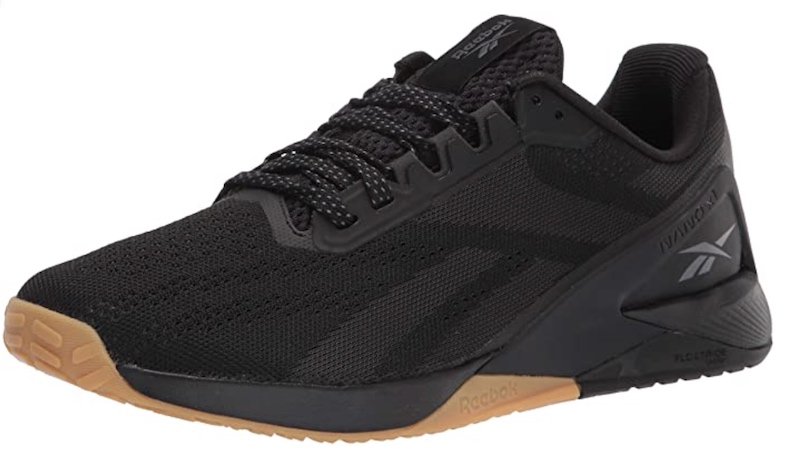 Compared to previous models, the Reebok Nano X1 feels the most like a traditional training shoe and not so much a hardcore cross-trainer. This model features Reebok’s Flexweave and utilizes Floatride Energy Foam in the midsole to increase this model’s responsiveness.

I might be getting ahead of myself here, but I’m excited to see what 2022 brings for the Reebok Nano model line. Every year, we see constant ebbs and flows in each model’s construction to match feedback and the demands that lifters/athletes place on the shoes.

Will 2022 bring a more “hardcore” cross-training Nano like in previous years, or will Reebok continue making Nanos for more general fitness?

Do note, I didn’t cover special edition Nanos in this article and stuck to the core line. I felt that the core cross-trainers are more reflective of the true shifts in construction this line experienced over the years!