Home » History of the Nike Metcon | Innovation Every Year

History of the Nike Metcon | Innovation Every Year

I love cross-training shoes, and more importantly, acknowledging the growth of various models. Since the first Nike Metcon, the model line has continued to change and ebb and flow based on athlete feedback and industry shifts.

Now in their sixth iteration, the latest Nike Metcon 6 looks considerably different from the original Nike Metcon. How did we get here though? Let’s take a trip down memory lane.

Suggested Read: Interested in the latest? Check out my detailed Nike Metcon 7 Review! 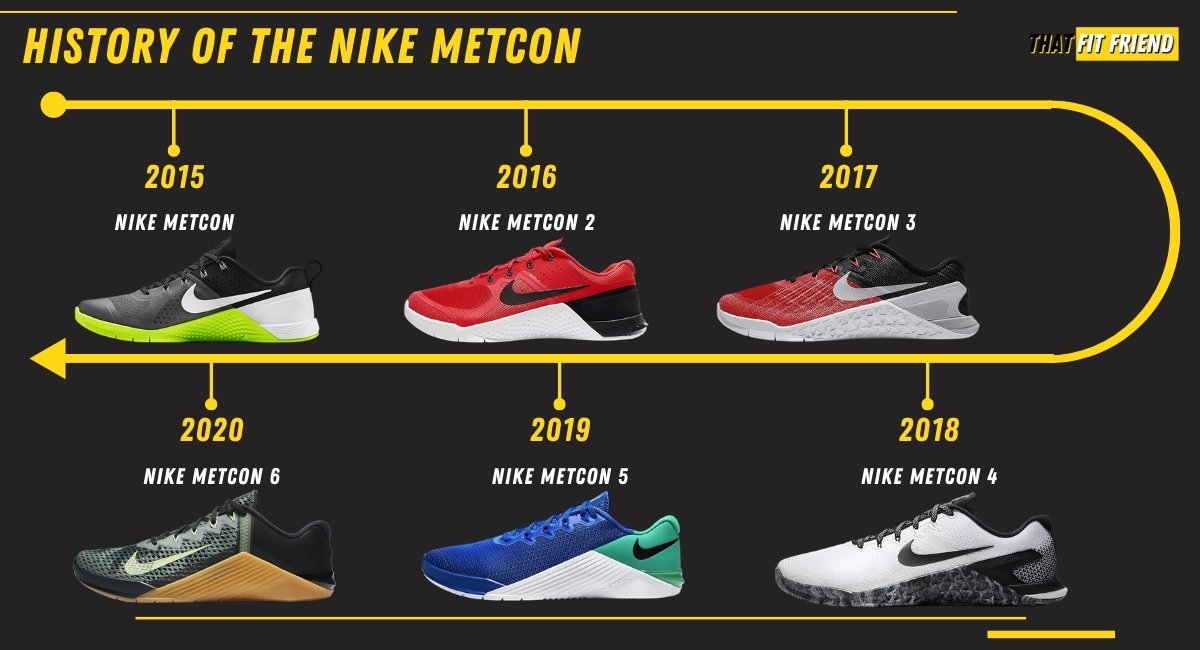 Suggested Read: The insane 10-year evolution and history of the Reebok Nano.

It All Started With a Simple Test

Like every great origin story, there’s a pivotal moment in the Nike Metcon lineage that kickstarted their growth. This pivotal moment comes to us from 2014 at the Southern California CrossFit Regional Competition. At this Regionals competition, CrossFit legend Josh Bridges wore and put the original Nike Metcon cross-training shoe to the test.

After their initial debut, CrossFit athletes and Nike loyalists readied themselves for the release of a new cross-trainer. In 2015, the original Nike Metcon made its debut, but not without friction.

This model featured the signature “X” construction which was utilized to promote stability, durability, and versatility. Basically, this construction style which is still present in the Nike Metcon line is designed to tackle the niche asks of cross-training. 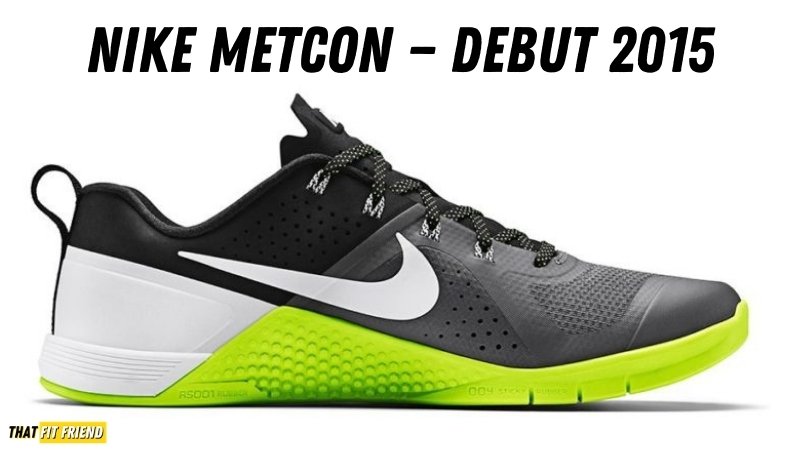 It wasn’t long after their release, that the Nike Metcons were banned from formal CrossFit competition (the CrossFit Games specifically). The reasoning being was the shoe’s name “Metcon”, which paid homage to the metabolic conditioning aspect of CrossFit, was stated to infringe on Reebok’s formal relationship with the CrossFit Games.

This then spurred a bit of controversy and Nike then retaliated with their infamous Nike Metcon ad that stated, “Don’t ban our shoe. Beat our shoe.”

Note, it wasn’t just the Nike Metcon that was banned from the CrossFit Games. In reality, it was every shoe sans Reebok cross-trainers. At the time of the ban, Nike was one of the only major companies outside of Reebok creating CrossFit-focused shoes which, and in my opinion, caused them to be a prime target in regard to this topic.

Side note, in 2021, it was announced that NOBULL is now the official sponsor of the CrossFit Games. It will be interesting to see if they slap another limitation on footwear at this year’s Games. 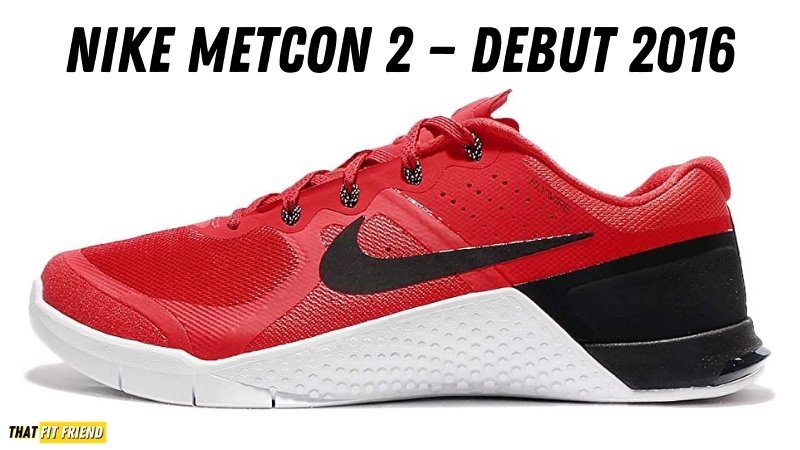 The Nike Metcon 2 still featured the “X” design with an extended medial and lateral outsole wrap for rope climbs. The key differences in this model were the increase in boot material for preventing heel slip and the additional plastic TPU plate in the heel.

Nike added these features to promote heel stability and limit heel slip. There was also a slight reworking of the upper construction as the Nike Metcon 2 had a bit more breathability compared to the original Nike Metcon.

Despite the boot’s structural change in the Nike Metcon 2, unfortunately, heel slip was still an issue and this caused further innovation for the Nike Metcon 3. This model hit the mainstream markets in early 2017 and provided a few more key construction innovations to level up the Nike Metcon line. 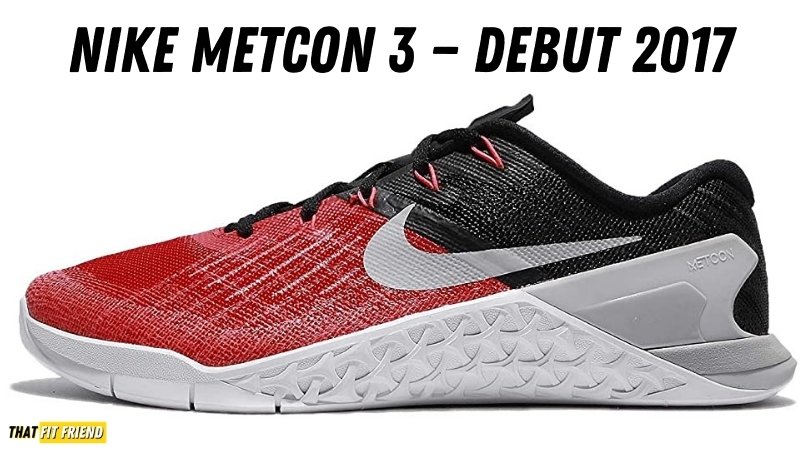 Similar to the original Nike Metcon and the 2, the 3 still features the “X” construction design. The key differences in this model were a reworked outsole material, reconstructed upper materials, and an additional TPU heel clip.

Nike utilized a sticky rubber texture throughout the outsole and medial/lateral mid-foot wraps to increase grip across the board for performance. The plastic heel clip was another additional to promote a “locked-down” heel and limit heel slip while supporting overall stability. Finally, the reworked upper was composed of lighter material for breathability and longevity purposes.

In early 2018, we experienced the Nike Metcon 4 which has become one of the favorite models for many CrossFit enthusiasts, lifters, and athletes (myself included in here!). This model once again innovated key Nike Metcon details and really dialed in the performance of this shoe. 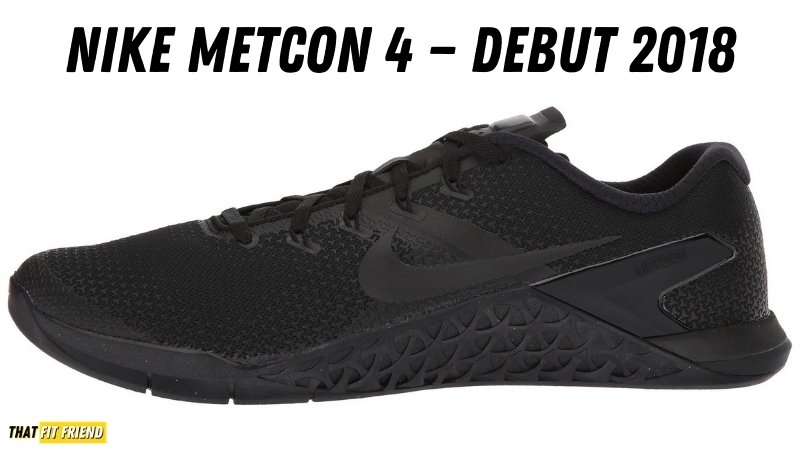 The Nike Metcon 4 featured a slightly more “minimalist” approach to its construction and provided a very low-to-the-ground feeling. Overall though, this model was eerily similar to the Nike Metcon 3 and the main difference was a reworked upper construction.

The upper in the Nike Metcon 4 was a blend of mesh and synthetic materials with additional areas of support to improve durability (like the synthetic leather over the big toe). This model didn’t have as much heel slip as previous models which is a big reason why I think many like this model so much — outside of its “athletic” feeling and stability.

In 2019, Nike innovated the Metcon line once again in a fairly big way. The Nike Metcon 5 was a very different shoe compared to the previous four models and some loved it while others longed for the 3 and 4’s construction. 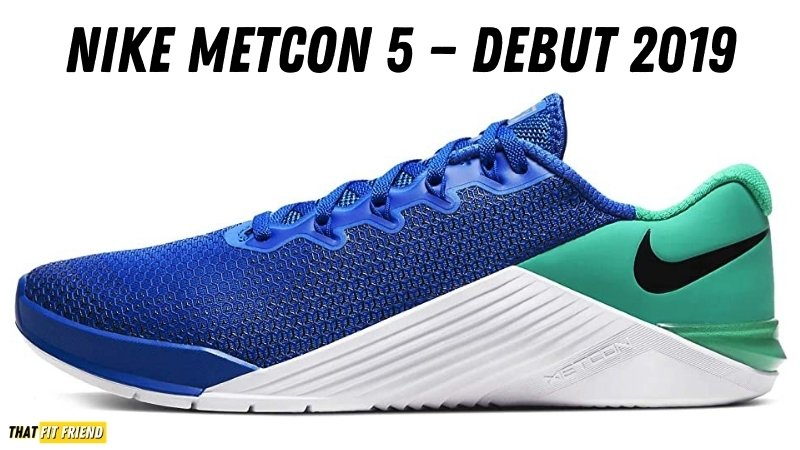 Additionally, the boot’s material was also increased to limit heel slip and the plastic heel clip was removed entirely. The outsole removed the triangle-like structure and started to utilize sticky rubber ridges to promote traction. The final two major changes worth noting were the medial and lateral mid-foot outsole wraps that were increased and the dual-density insole.

With mixed feedback on the Nike Metcon 5, some great, some “meh”, Nike Rolled out the Metcon 6. This model featured a reworked upper construction once again and had a few construction features to make this model more versatile than the Metcon 5. 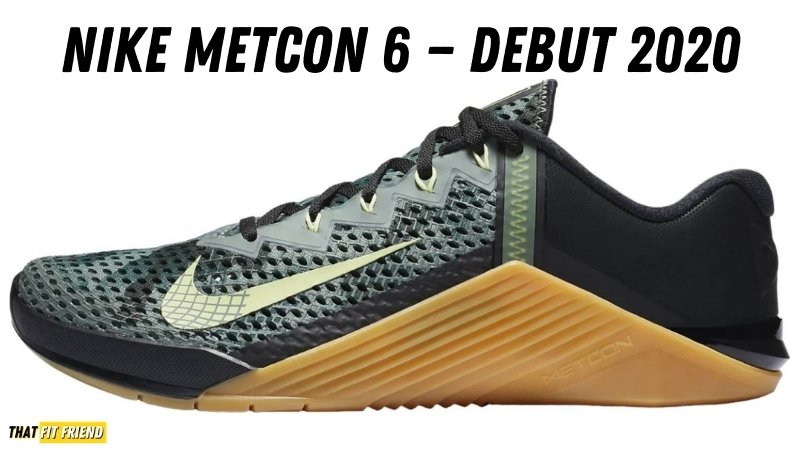 Overall, there were a lot of consistencies between the Metcon 5 and Metcon 6. For example, the outsole, midsole, and last were all eerily similar and provided ample stability across the board. One of the major changes involved the upper construction which featured a breathable mesh-like material which was a welcomed change compared to the Metcon 5.

To increase versatility and flexibility, the Metcon 6 had a slightly reworked dual-density midsole. Instead of splitting in a V-like construction, this model featured a stark shift between the heel and forefoot and you can actually see where that split is present through the vertical line on the upper construction.

After an interesting lead-up with ever-changing release dates, we finally had the Nike Metcon 7 debut globally on August 7th, 2021 on Nike. The Nike Metcon 7 featured a ton of changes compared to previous models and has been very hit or miss for consumers. 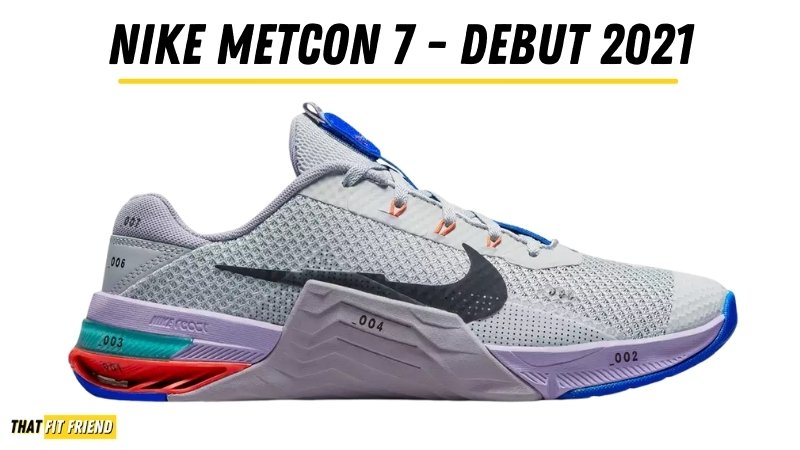 Unlike previous models, the Nike Metcon 7 had its heel-to-toe drop raised to 7mm from 4mm. Historically, Nike Metcon shoes have always had a lower-to-the-ground feeling with a minimal-esque heel-to-toe drop. This 7mm shift has been a pretty significant change.

On top of the Nike Metcon models, the React Metcon Turbo is also a great option and has gathered a lot of attention for its interesting and reworked construction.

This model performs exceptionally well across the board so if you’re itching for the new Nike Metcon model, then I’d highly suggest checking it out.

2 thoughts on “History of the Nike Metcon | Innovation Every Year”