The Reebok Nano X and Reebok Nano X1 are vastly different, which makes choosing between the two increasingly more important based on the context of your needs and goals. Some lifters and athletes love the Reebok Nano X1 while others passionately dislike it, and we’ll discuss why this might be in this article.

The Reebok Nano 9 and Nano X were very similar in construction and it seems that Reebok has wholly changed course for what populations the Reebok Nano X1 will work best for. This is important to recognize especially if you’re on the market for the best Reebok CrossFit shoes.

Neither of these cross-trainers is bad, they’re just different. I think a lot of lifters grabbed the Nano X1 thinking it would be just like the Nano X, but that’s far from the case. I’m going to break down performance into stability, versatility, and day-to-day sections. 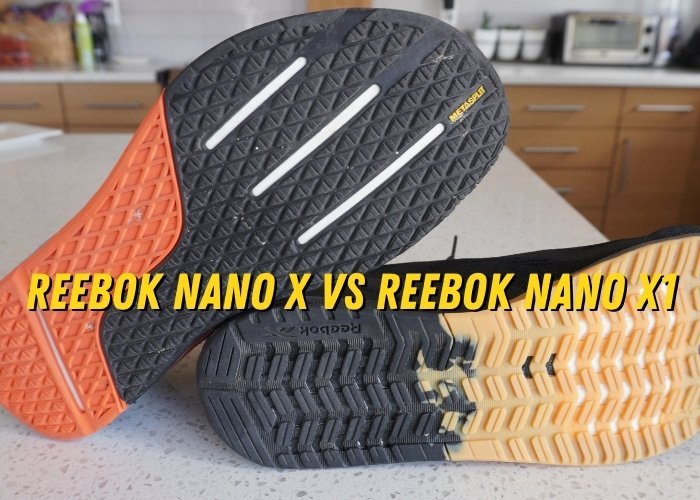 The Reebok Nano X’s midsole is firmer around the heel and the plastic heel wrap helps add to the overall stability of this model. Plus, the heel-to-toe drop was raised from 4mm to 6mm in the Nano X and Nano X1, respectively.

On top of that, the Nano X’s split outsole works better for toe splay and truly grounding the feet during various lifts, in my opinion. I’ve trained up to 500 lbs in the deadlift for the Reebok Nano X and have noticed limited compression overall, while the Reebok Nano X1 starts to compress around 405 lbs. 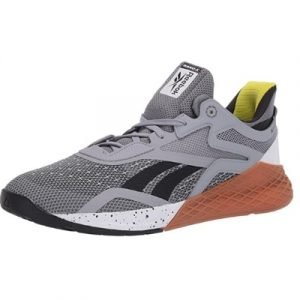 To be honest, both of these models are fairly versatile, but if we’re directly comparing each cross-trainer’s construction when feeding into pure versatility, then I think the Reebok Nano X1 has the edge slightly.

The reworked midsole, upper, and outsole construction make this model a great option for HIIT workouts, recreational training, agility training, and even lighter runs. Basically, this model doesn’t feel as “heavy lifting” focused as the Reebok Nano X which could be a good or bad thing based on the context of your training.

Winner: Reebok Nano X1, however, the Reebok Nano X is still highly versatile and is one of my top picks for thought CrossFit-focused sessions.

Suggested Read: Check out the insane growth and history of the Reebok Nano.

Similar to the versatility section, the Reebok Nano X1 will take the edge here, but not by much. Both of these cross-trainers can work for shorter runs <3 miles, however, the Nano X1’s construction feeds a bit better into longer runs and day-to-day comfort (once you move past the initial break-in period!).

Plus, the Reebok Nano X is often a fairly uncomfortable option for long-term wear and running due to its lower heel-to-toe drop and stable outsole. Heel strike runners will feel this characteristic the most during training sessions. 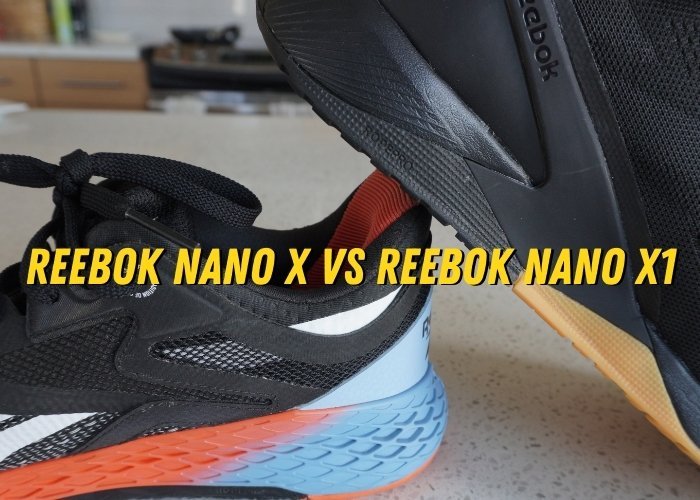 Unlike the Reebok Nano 9 and Nano X, there are a ton of construction differences between these two models and they can play into your buying decision.

The second difference to note is the upper construction. The Reebok Nano X1 features a Flexweave Knit material which is super lightweight and maneuverable compared to the Reebok Nano X’s slightly more rigid Flexweave upper. In addition to the overall upper material, Reebok reworked the lacing system for each of these shoes. 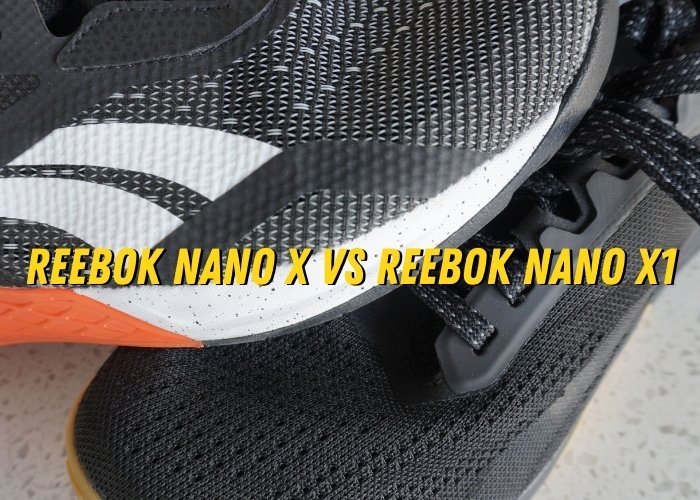 The third major construction difference worth noting is the overall fit and feel of these models. In the Reebok Nano X, the mid-foot feels a bit more secure and the toe box feels slightly wider.

The Reebok Nano X1 also has a boot that lips in toward the top of the ankle which makes the break-in process fairly annoying — and I would highly suggest wearing longer socks when first grabbing these shoes.

Thus far, the Reebok Nano X1 has held its own when it comes to durability, however, we’ll need more time to pass before we can draw a definitive conclusion about long-term durability. I will say, I’m not sure if I like the lacing system in the Nano X1 as the laces don’t have much coverage from topical abrasion from things like rope climbs.

The Reebok Nano X is pretty durable across the board and we know this because they’ve been out a while and we can see how other’s Xs have held up. I have heard from other athletes of the outsole blowing out on the big toe side in the Nano X, but this case seems to be pretty rare and the athletes that report this are often trainers/coaches going HAM daily in their shoes.

As of right now, the Reebok Nano X and Reebok Nano X1 are sitting around the same price of $130 USD. These prices are fairly standard for newer cross-training models and the Nano X can be found for lower price points depending on what outlets you go through.

If you’re on a budget, then I would shop around for less popular Nano X colorways or wait for sales, as Reebok has them fairly often! 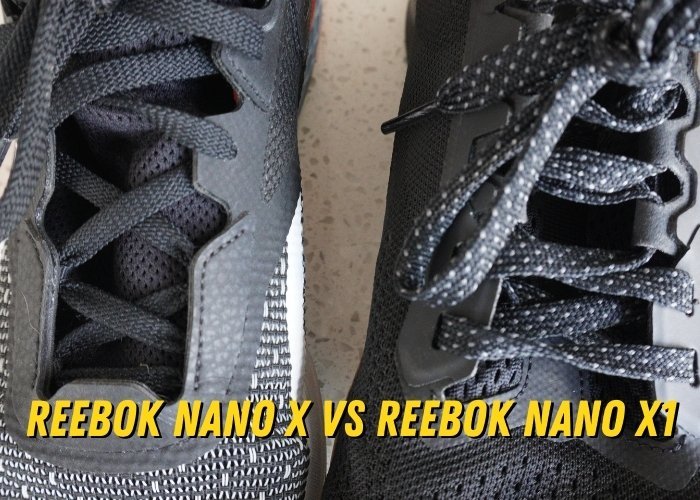 The Reebok Nano X and Nano X1 are starkly different when it comes to their construction and performance. If you want a cross-trainer more dedicated to heavier lifting, then I would suggest opting for the Reebok Nano X.

Conversely, if you want a pair of trainers for more recreational wear, HIIT training, and lighter runs, then the Nano X1 could be a good call (mind the break-in process, though!).